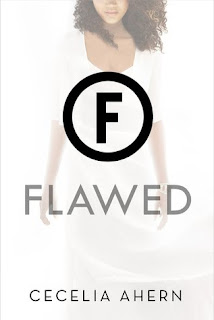 Okay, first off the cover once again is completely gorgeous. The plot is about a supposedly “perfect” female character who has a good job, a good income, and a loving boyfriend, she is a role model for all those around her. However one day, Celestine North breaks a rule which in her society signals that she is one of the flawed. A position/label in which no one wants to be? I thought this might be a good read, since it talks about how people are judged by their past mistakes in a way that is not very common in YA literature. It seems like a quite light read with only 368 pages yet discusses something very important in our society.I thought it was kind of Divergentish but I might be wrong, that itself is another problem of reviewing books I have’t yet read since I cannot compare them to other books I know rather than make hasty assumptions. I found this on a list of exciting new 2016 YA releases and from all those 20 books or so, only this one really caught my eye. However if it’s good I’ll think about changing: “Don’t trust a book by it’s cover.” to “Don’t trust a book by it’s cover, unless the cover is gorgeous.” Bye!
Posted by Unknown at 2:58 PM No comments:

Waiting on Wednesday 2# The Glittering Court

Waiting on Wednesday 2#
The Glittering Court by Richelle Mead 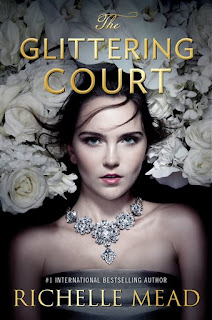 Since I’ve read Only Ever Yours I read anything that sounds similar or includes girls being raised or transformed as in this case to act higher class. On second thought though I actually might have that from watching My Fair Lady too much last night. Either way, The Glittering Court is supposedly about a woman named Adelaide who wanting to escape an arranged marriage runs away to live in Adoria. However to be able to get there she has to join the glittering court. The glittering court is like this academy that transforms poor girls into upperclass ladies who will be able to get into a good marriage. However the main character and heroine begins falling for Cedric; the son of a very wealthy and powerful person.

Okay, give me a minute. Is that the plot for Only Ever Yours or what?! I know, I know, I don’t think that Richelle Mead stole this idea because the plot itself was in many books before like The Handmaid’s tale but still the similarities! I mean look: place which gets you ready to marry into a good family which the main heroine attends, falls for the son of a wealthy/powerful person, that son also loves her back… I mean come on! But it’s also kind of the reason why I want to read it. I know I am always going on about Only Ever Yours but it’s seriously the best book I read this year (and it is extremely hard to choose a favorite).

Except maybe the part where she escapes to Adoria it all sounds super similiar, (actually now that I’m thinking about it escaping to another land because back home the girls are forced to do something they don’t want to sounds super similar with Maresi. Hmm…) Also, the cover looks glamorous.
Posted by Unknown at 9:58 AM No comments:

Deepdean School for Girls, 1934. When Daisy Wells and Hazel Wong set up their very own deadly secret detective agency, they struggle to find any truly exciting mysteries to investigate. (Unless you count the case of Lavinia's missing tie. Which they don't, really.)

But then Hazel discovers the Science Mistress, Miss Bell, lying dead in the Gym. She thinks it must all have been a terrible accident - but when she and Daisy return five minutes later, the body has disappeared. Now the girls know a murder must have taken place . . . and there's more than one person at Deepdean with a motive.

Now Hazel and Daisy not only have a murder to solve: they have to prove a murder happened in the first place. Determined to get to the bottom of the crime before the killer strikes again (and before the police can get there first, naturally), Hazel and Daisy must hunt for evidence, spy on their suspects and use all the cunning, scheming and intuition they can muster. But will they succeed? And can their friendship stand the test?

Remember when I reviewed the book Twelve Minutes to Midnight? Yeah, well that book is so similar with this one maybe except the fact that Twelve Minutes to Midnight is slightly more twisted and dark. If I had to compare two books it would be those, because if you enjoyed Twelve Minutes to Midnight you are guaranteed to like this one. Or the other way around. I would say both are set around the same time. Maybe the only thing is that in other mystery books you kind of have the clues all set out you know, each character has clues leading to him and you just have to figure out which ones to trust. This book kind of had the clues leading up to only one or two people, and the characters themselves started excluding suspects and that itself kind of made the plot and story a little more boring.

I thought that the book itself was written excellently, reflecting the time it was from and had a couple of witty and cute quotes. For example: “ I had not yet discovered that in England, the way of showing you are very rich is to pretend that you are very poor and cannot afford things like heating or new shoes.” For some reason I just found that quote really funny because when you read or watch something about that particular era, the rich children always seem to be in some boarding school with bare whitewashed walls, very simple food, and very strict teachers/matrons. That’s when you realize that even though you may have read that in many books you never really take a moment to think about it, until you read or hear it somewhere even though you kind of subconsciously realize it. Hmm. Before reading it I had the feeling that it would turn out to be more girly and the cover just seemed so innocent and harmless I kind of doubted it would actually have a real murder case in it. It was so much better than I was expecting it to be and it was kind of like this nice surprise. There weren’t any  parts that were “hard” to get through because there was always a new clue found, yet it managed not to sound cliché.


Also you know how the “detective duo” always consists of two lifelong friends, one of them who is always the “main one”. For example Sherlock and Watson. Well, in this book it’s two friends who only know each other for a year. I would want to say that I wish they knew each other longer, but then again I know there are more books in the series so I’m hoping what the author is trying to do, is build up their relationship before our very eyes. My last comment is that I felt that the ending was a bit rushed since the story stretched out for 324 pages, but the actual ending in which everything was explained was only for a few pages. I liked the index at the end of the book explaining the key words because I thought the idea itself was very cute however, I wish I had that index while reading because a lot of words would have made more sense. You know how in a murder mystery you always try to guess the least expected person because it’s the least expected that person that turns out to be the murder? MINOR SPOILER ALERT! Well, the person who does turn out to be the murder is the person you least expected it to be, but the author does such a good job of hiding him/her that you don’t give him/her any attention until the murder is solved.

Posted by Unknown at 1:20 PM No comments: