Waiting on Wednesday 4# A study in Scarlet

Waiting on Wednesday 4#
Study In Charlotte by Brittany Cavallaro 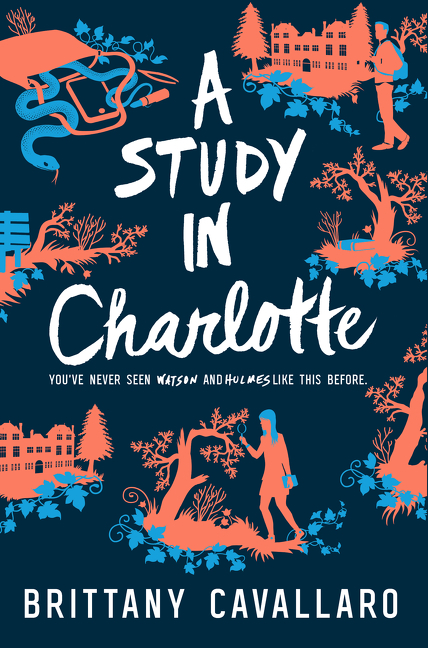 Don’t you just love the blue and orange combination? Apart from that, who doesn’t love a good Sherlock and Holmes re-make? I know I do, and not only does it sounds suspenseful and adventurous, but the main heroes seem very likable. Also, how many re-makes of the famous Sherlock and Holmes duo were there? Like forty? How many of those had main characters that were teens and made the mystery genre more appealing to that certain age group? If I’m not counting a recent read of mine called A Mystery so Unladylike, (which I’m not counting as the characters seemed more like 11 year olds than teens), than none (I’ve ever heard of). I love a good mystery from Poirot to Sherlock (as in the modern one), and this one seems very appealing and decides to make a genre that’s usually untouchable for children more well known by them. Which I think is great, because they get used to knowing and trying more genres than the very narrow genre of adventure, YA, and romance. Actually I have a feeling it has already hit the shelf a couple of days ago, but it’s still not available for Europe, so there you go. And also honestly doesn’t making the descendants of Sherlock and Holmes teens such a good idea overall?! Okay, I am actually genuinely excited about this!
Posted by Unknown at 9:57 PM